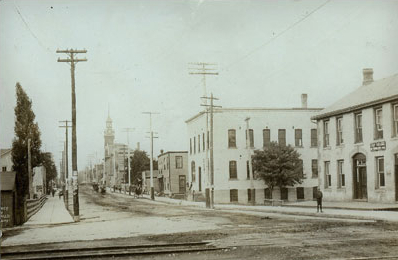 In 1964, several Seaforth-area families joined in a common bond of love and formed an evangelical voice for God. On September 25, at the Legion Hall, their first Sunday School took place. They moved to the Orange Hall the next Sunday and added an evening service, and later a morning service.

In November 1964, 14 charter members announced their congregation as a ‘House of God that acknowledges the scriptures’. They were then called Bethel Bible Church. One year later, Bethel became a member of the Associated Gospel Churches of Canada.

In March of 1999, the church finalized the purchase of our present building, a solid brick structure with a long history in the town. The building has 24,000 square feet on three floors, and had been used as a factory, warehouse and retail space in the past. Much work has been done to convert this structure into a church building.

In November, 2014, Bethel celebrated its 50th anniversary.  We look forward to another 50 years of sharing the gospel with our community.